As we head into the year 2022, it's customary for just about anyone that is at all interested in cinema to look back on the year that has been and reflect on some of the great films we've seen. Much like 2020, 2021 was an absolute shitshow of a year that regardless offered up some gems, whether at the capacity-capped theatres or at home on streaming services.  Before I dive into my list of favourites, the usual and unfortunately necessary disclaimer: I am not claiming to have the single, objectively correct list of the best films of the year; this is simply my own personal list of favourites that I saw. This means that there are going to be films from 2021 that I haven't managed to see yet, too, and just like last year, if there's something that I see later that I think should be included in the conversation, I will go back and make an amendment.  Before the list proper, here are some honourable mentions: The Suicide Squad While The Suicide Squad was exactly what I was
Post a Comment
Read more

January 12, 2022
You definitely don't need me to tell you this - especially if you live in Australia - but the last 6 months have been pretty hectic. And with COVID-19 case numbers showing little sign of slowing down any time soon, things are probably going to continue to be hectic. Not only that, but in a pretty significant moment in my own life I moved out of home for the first time in December. Suffice it to say, writing and blogging hasn't been particularly high on my list of priorities as of late.  The good news is that is no longer the case. Now that I'm settled, and with other full-time work slotting in too, I am going to be devoting a lot more time to my own writing - both in terms of cinema and my own fiction/screenwriting.  A large chunk of that writing is going to happen here, but in another update I am also going to be doing some writing for Insights Magazine, the official magazine of the Uniting Church here in Australia, doing mainly film reviews for new releases. In fact, you
Post a Comment
Read more 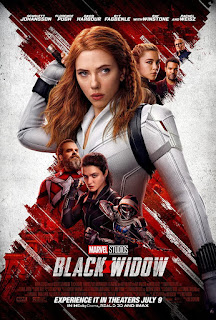 Black Widow (M) Directed by Cate Shortland Written by Eric Pearson Starring Scarlett Johansson, Florence Pugh and David Harbour Duration: 135 minutes It feels little bit strange to be talking about a feature length MCU film after the time away we have had since Avengers: Endgame and Spider-Man: Far From Home  left theatres. WandaVision, The Falcon and the Winter Soldier and Loki have been really effective at shifting gears for Marvel into the Disney+ model, which has turned out to be a good thing given that the only way to see this here in Sydney on release was on Disney+.  Let's cut to the chase, though - I didn't like Black Widow. There were definitely things in it that I liked, but on the whole I thought it was pretty disappointing. Not least because of when we are finally being able to see this film; the fact that we got Captain Marvel before this inexcusable. Not only that, but given that we already know how Natasha's story ends in Endgame , almost all tension and dram
Post a Comment
Read more 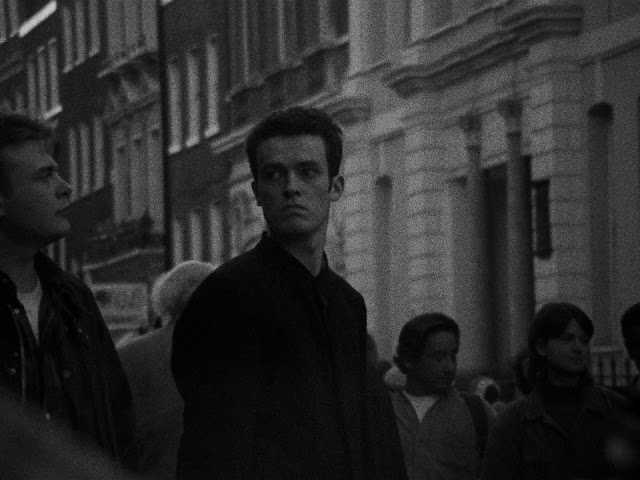 You know the drill, here we go. Following (1998) Christopher Nolan's debut is pretty rough around the edges, but all of his trademark style and is already present, making it a great film to revisit. The Favourite (2018) I hadn't seen this Yorgos Lanthimos film before, but being a fan of his work ( Dogtooth being my favourite) I was really looking forward to seeing this one. No one needs to tell you this, but I'm going to say it anyway - Olivia Colman is one of the best actors working in film today. Seriously. And if you don't agree, watch The Favourite .  Bringing Out the Dead (1999) This is a Scorsese deep cut that had slipped past me for a long time until I scrolled past it on Disney+. While it's certainly not Scorsese's best, I do like it a lot more than the people that seem to dunk on it as not just Scorsese's worst film but one of the worst of the '90s in general. Nic Cage gives a restrained performance (by his standards, at least), and it's a l
Post a Comment
Read more

This list has already been requested by quite a few people over at the Instagram page, so first of all thank you to everyone that has been getting involved in the conversations over there and asking me to talk about my favourite films from the year that most of us wish we could just forget. I wish I could forget 2020 too, but there were some pretty great films that were released despite the world deciding to turn itself into a never-ending nightmare.  Before we dive in, I always feel like I need to clarify something when I do lists like this; this isn't your list, this isn't the list, this is my list. These aren't the ten films that are objectively, measurably the best that came out in 2020, they are the ones I saw that connected with me. This also means that there are some that I haven't seen yet - notably The Father, Never Rarely Sometimes Always, Kajillionaire, and Steve McQueen's Small Axe anthology, among plenty of others. I plan to see them all as soon as I am
Post a Comment
Read more
More posts